AS WE ALL KNOW, customs and coffee go together like eggs and bacon. In some shops, the espresso machine gets more of a workout than the English wheel.

See See Motorcycles spotted this trend a long time ago, and have been serving fine Stumptown coffee in their Portland, Oregon HQ for years. But shop owner Thor Drake and his band of merry pranksters have now elevated their coffee game to new heights—by installing an espresso machine in a Ural sidecar. 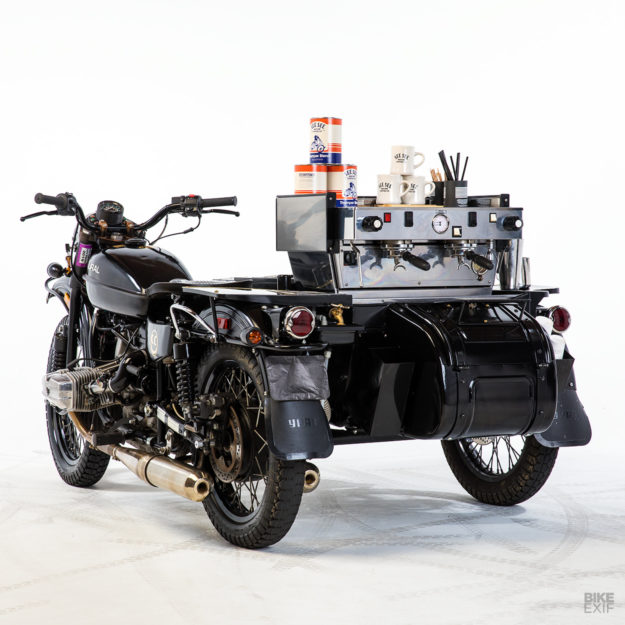 Thor may be a coffee connoisseur, but he also hates being pigeonholed.

“Someone once said to us: ‘You guys build those cafe racer bikes, right?” he recalls. “We didn’t know how to answer, because we do quite a bit more than just build bikes. And technically, we’ve only ever built one cafe bike—an XR400, well over ten years ago.” 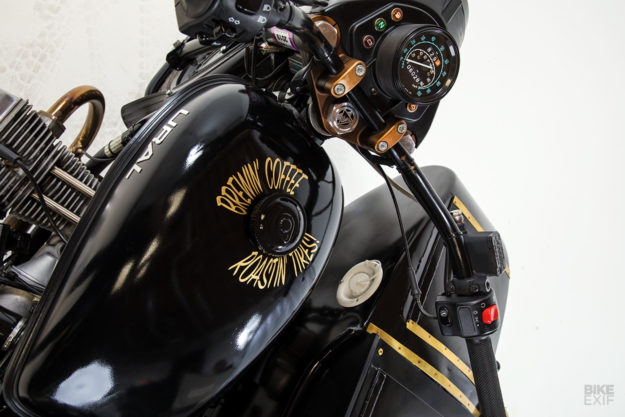 Ever since, Thor has avoided building a cafe racer, mainly to rebel against the stereotype. “Well, until now. We’ve literally built a real cafe racer!”

The bike is a 2014 Ural CT, so it’s a 750cc sidecar with a reverse gear. “It’s the same bike that saw service in World War II, updated with better brakes and fuel injection,” says Thor. “A great platform for any custom build: it’s simple in design, and easy to change out small parts.” 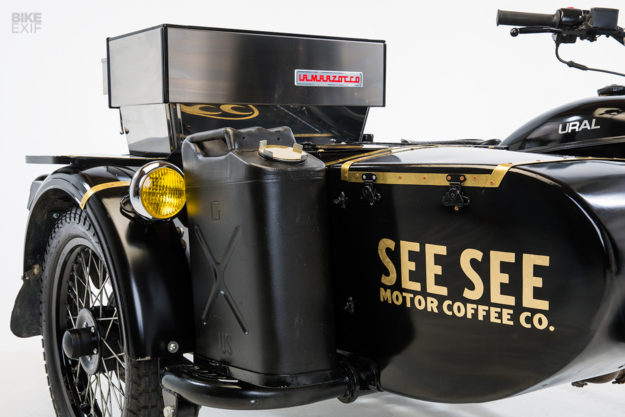 See See have installed a La Marzocco Linea 2-group espresso machine, which is probably worth more than the Ural itself. The machine is fed by a 26-gallon water tank, via a purification system, and once in place, was fettled by the techs from Black Rabbit Service Co. to ensure peak performance.

There’s also a hand sink, a pitcher cleaner, a built-in cooler, a coffee grinder, plenty of storage, and a 220v/110v electrical panel. 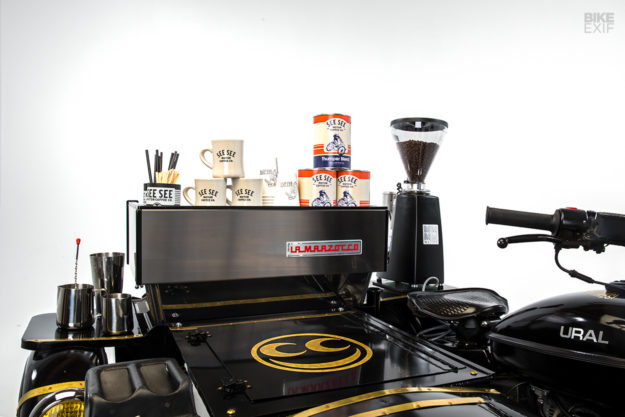 The espresso machine weighs more than 50 kg (112 lbs), and 26 gallons of water weighs almost double that. So the sidecar required bracing, and there’s a discreet airbag suspension system to stop the precious cargo from being rattled around too much.

The Ural cT comes with a choice of 14 colors—including two camo patterns for an extra $1,500 outlay—which has to be a record for a production motorcycle. But See See have chosen an elegant custom scheme, reminiscent of a classic Italian bar. “We used lots of custom brass bits, and flat black as the base,” says Thor. “Plus a custom removable umbrella!”

“The Ural makes transport a breeze with forward and reverse gears. When riding around town, you can see onlookers all thinking the same thing—coffee on the go!” 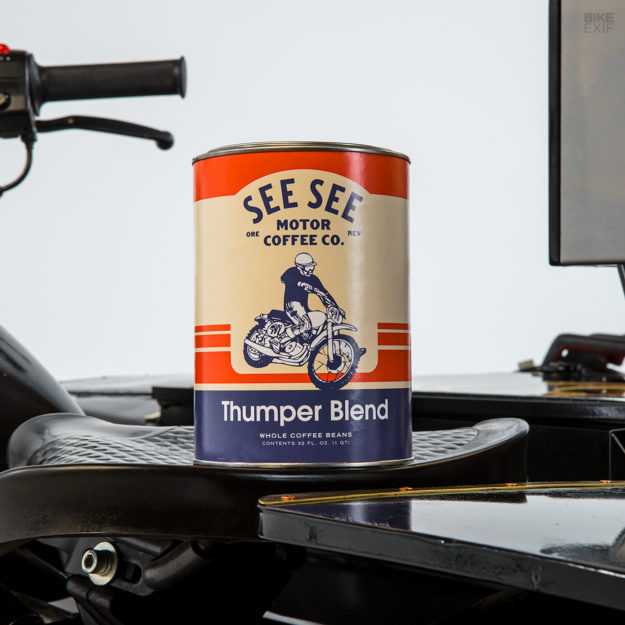 We reckon it’s an excellent idea that should be widely copied. If you’re in the Pacific Northwest, you’ll find the Ural at events ranging from motocross races to fancy polo matches, with fine Stumptown Coffee running through the veins of the La Marzocco.

“Our goal is to hit up as many races as we can, weaning those energy drink consumers onto something a bit more natural!” says Thor.