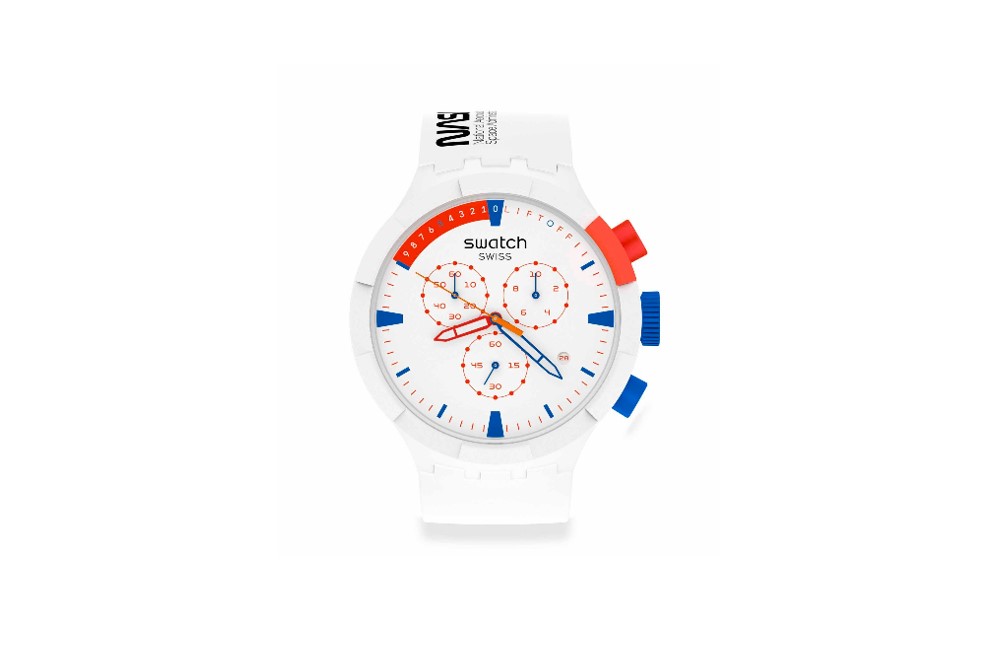 Swatch has unveiled a total of five new watches with NASA inspiration that are set to hit stores in June. Space exploration, of course, is a never ending source of inspiration for watch design, with watches being inextricably linked to NASA’s history.

To the extent that watches signify ideas of adventure, there’s really no greater adventure than traveling outside the bonds of earth, so watches worn by astronauts and NASA personnel hold a special place for many. Swatch’s approach here isn’t to replicate actual space worn watches, but to take bits of iconic and transpose them to Swatch’s already funky house design language.

The result is a series of charming, modern, space linked watches that are certainly worthy of nerding out on if you happen to be a NASA enthusiast.

Three of the five watches in the new collection are part of Swatch’s “Big Bold”” line. The name of the product here is fairly self-explanatory: these are 47mm quartz watches, all of which have been rendered in Swatch’s new “Bioceramic” case, which is composed of two-thirds ceramic and one-third bio sourced plastic. According to Swatch, the material that comes out of this process has a silk like touch with the resiliency one would expect from ceramic.

Each of these new Big Bolds is based on an iconic NASA space suit. The Big Bold Chrono Extravehicular is a three register chrono with a white case and strap, and is inspired by suits first worn in 1983 by Story Musgrave and Donald Peterson. The white suits were designed specifically to protect astronauts from the sun’s radiation, which of course is of increased importance on extravehicular space walks attempted throughout the 1980s on various shuttle missions.

The Big Bold Chrono Launch is based on the “Pumpkin Suit” worn by astronauts during launches and is in a high visibility orange, and the Big Bold Jumpsuit is a time only watch that is inspired by the standard blue uniform worn by astronauts working at NASA headquarters (most often seen by the public during press conferences). All of these watches feature the iconic NASA logo on the strap and have lumed hands for increased visibility in low light situations.

Rounding out the collection are the Take Me to the Moon Gent and Space Race New Gent watches, which are in Swatch’s classic 34mm and 41mm sizes, respectively. The Take Me to the Moon has a fully transparent case, and the Space Race reflective silver dial. These watches are similarly meant to evoke space travel, lunar exploration, and classic NASA iconography.