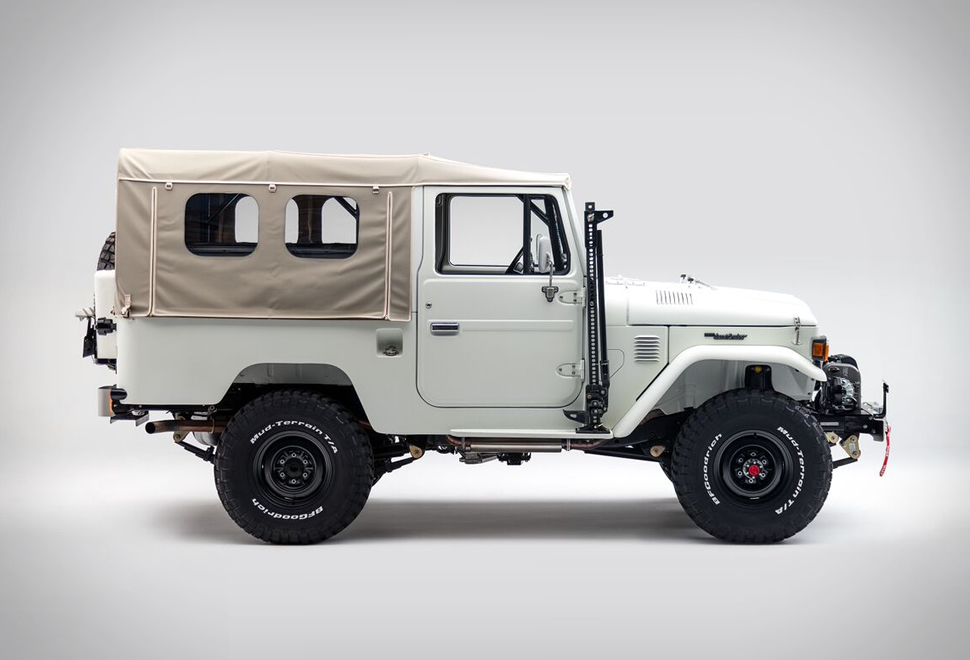 This spectacular Toyota FJ43 from 1982 is the latest masterpiece to roll out of the FJ Company workshop, it is their most modern build done to date. Called “The Aspen Project” it was commissioned “to be a purpose-built, family-friendly beast that could take on the rigors of everyday highway driving as well as the back-country near Aspen, Colorado” the company says. Based on a 1982 Toyota FJ43 Land Cruiser, this beast was fully restored and now hosts a 4.5-liter Toyota 1FZ engine delivering an impressive 280hp managed by an FJ80 Toyota 5-speed transmission. Other standout features include a digital instrument cluster, a WARN winch, PIAA fog and utility lights, a backup camera, digital instrument cluster, Recaro SPEED seats, LED ambient lighting, Bluetooth, and a premium sound system